This is where I get to eat some crow instead of honey.

I never really thought I would try to keep bees until I wrote an article last year about Mason bees.  The information that I learned about Mason bees, and  leafcutter bees really made me think about how dependent we are on these insects for pollination. 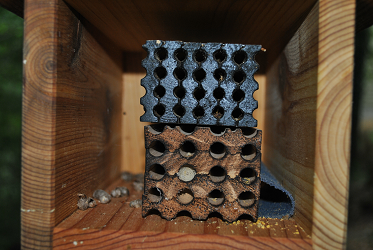 This last year I ordered and housed a batch of mason bees and have some cocoons for next year.  My leafcutter bees that I ordered hatched and found a new home.  That is alright, I’m sure they did what they were intended to do, pollinate.  I do not have cocoons from them for next year, will have to order more.

My first colony of honey bees was doing quite well for several months.  I really enjoyed watching them, from a distance, take off and land from the hive.  I went with the train of thought that if I wanted to raise honey bees naturally, then I need to leave them alone.  Bees normally don’t have bee keepers to mother them in the wild, so why should I mother them in my backyard? 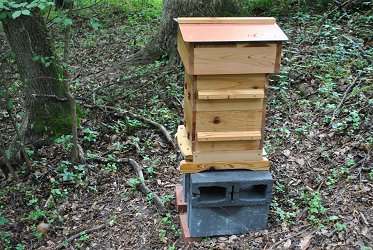 About the middle of July, I noticed that the number of bees taking off and landing didn’t seem to be quits as many.  I started out with 10,000 give or take a thousand bees, you would have to think you would have to see a lot in the air to keep the hive fed. 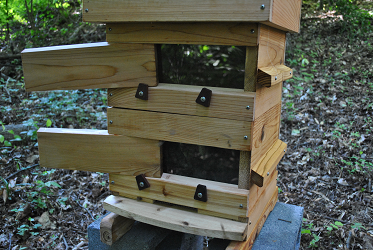 My hive has observation windows, so I took a peek to see how they were doing.  I found about 4 ½ honey combs had been built by the bees and plenty of bees in the hive.  A week late I had joined the Rappahannock Bee Association and at the meeting we had a discussion about where the bees should be in perspective to quantity of bees and honey, going into the fall.  From what I learned, my bees were considered as a weak colony and need resuscitation. 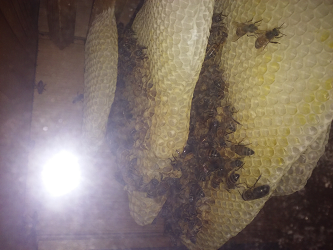 I put a jar of sugar water in the hive for them, but I could tell it was probably too late. The bee numbers were probably less than a hundred and I could not find the queen.  It looked like the bees had been trying to produce a new queen, from the brood comb.
A week later I went to the hive and found one bee, probably the last to pack and leave. 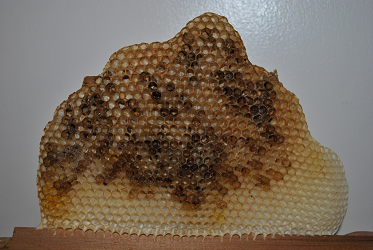 A couple of weeks went by and one evening we had some pretty strong winds, and the next morning I looked out at the bee hive and an old dead tree had fallen but missed the bee hive by a few feet.  I thought that was a close one until upon further examination I discovered that a branch from a tree had fallen and hit the corner of the hive, denting the roof and just about smashing the top box of the Warre Hive. 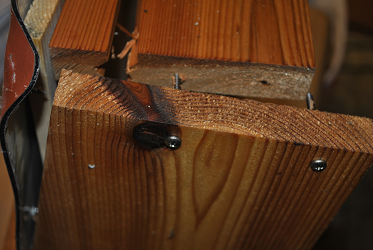 My main goal this year was to keep the bees alive though winter.  I thought maybe it is not too late and I can order some more bees.  Wrong, I can order bees, for next year, but not this year.  I would be doing good to get a queen but that would not help now.

So what have I learned from this first year.  In my opinion I would have started with two hives instead of just one.  Then I could have combined hives or split a hive to keep the other one going.

What will I do for next year, yes I will have more bees.  I plan on having a minimum of two to four colonies between myself and neighbors that are interested in bees.

I will monitor feeding and pest closer, plus the queen’s activity, she will have to pull her own weight or get overthrown by me adding a new queen.  I still plan on using the Warre hive but would also like to have a regular top bar hive to compare with.

I may see if my neighbor would like to try a conventional Langstroth hive.  I am committed to raising bees as naturally as possible so I will order bees that have come into the world that way and have not been on drugs. 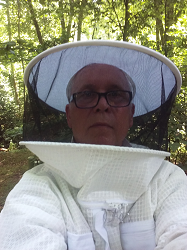 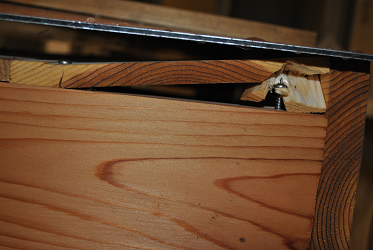 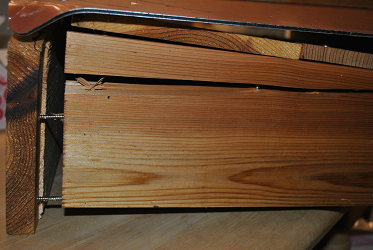 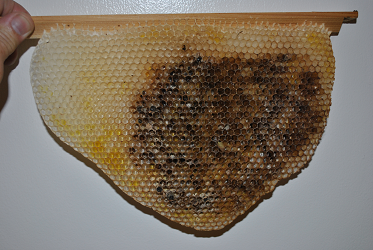 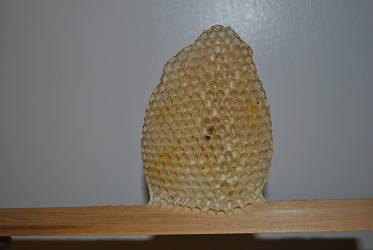 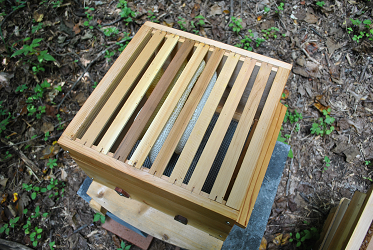