Coal In The Stocking

Some claim that Biochar is the pathway to carbon sequestration and a way to end global warming.  Others say Biochar is the quickest way to rid ourselves of oxygen on this earth.

We even had a producer of biochar that was one of the biggest employers in Lebanon, MO  The Independent Stave Mill, which produces the chard staves that are used to make whiskey barrels.

The interest in biochar came about many years ago, from studying the biochar dark earth soils in the Amazon called  terra preta (“dark earth” in Portuguese).

It was found that these soils are very productive for microbial life; like mycorrhizal fungi, a symbiotic phosphorus seeking microbe. The soils also helped hold in nutrients for plants due to its porous state.  Other areas without this amendment did not have nearly as desirable soils for plant growth and were more prone to erosion. 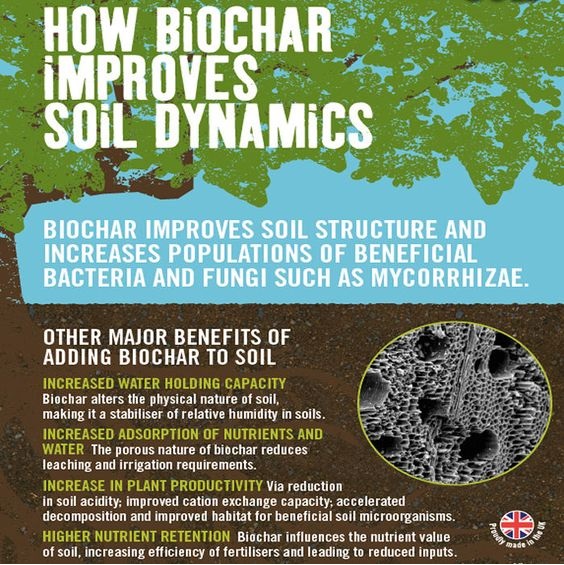 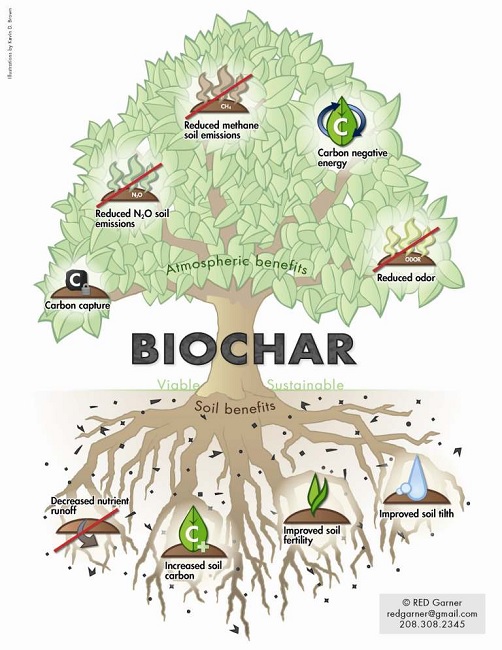 If a great global push was made to create biochar to stop global warming, the opponents say, that we may end up losing our oxygen at such a rate that the earth could be doomed. There are groups that have been pushing for a huge upturn in the use of biochar.

I like the idea of carbon sequestration but have doubts in the human management of the process.  I do not think that biochar is the savior or the demon.  As with most things, it seems moderation of use to be the most pertinent way to use biochar.  I am a firm believer that nature and the natural processes are the most stable and beneficial way to go.

The old saying, “You’ll get coal in your stocking” may be because you have been good instead of bad!

Here’s the breakdown:
• Ash and charcoal have many uses in a garden
• Use on rich soil with no deficiencies
• Use to correct acidic soils, or amend the pH of the char before application
• Never use on acid loving plants like blueberries
• Add to compost after composting has finished, not during composting.
• Use in moderation
• Never use char from pressure-treated or painted wood.
• Don’t use petroleum based fire starters or fluids if you intend to reuse the ash.
• Fires started with alcohol or non-paraffin wax are acceptable for garden use.
• Be mindful of your nutrient levels and pH when using char, test regularly for best results.
• Not all char is equal, refuse from wood gasifiers or efficient wood stoves is preferable to that from your campfire, fireplace or grill, but all are acceptable for use given the correct use of your discretion.