Have you ever had a dream in your life that you wanted more than anything?  A dream that you really, really wanted? That is the topic today, Dreams!

I have written in this magazine before about my dream. My dream is to have my own farm/ranch.

This dream goes back to when I was very young and would spend time on the Proctor Farm. Some of my best memories as a child and teenager was at that farm.

I tried to look at it with a very practical mind.  Everyone was getting out of farming by selling off, or by being auctioned off.  The only ones making money were the ones selling to, and loaning money to, the farmers.

The farmer/rancher was dealing with a new idea created after WWII and that was the industrialization of farming.

It started to take effect back in the late ’50s to early ’60s when crop production needed to be increased and the way to do that was with chemical fertilizers.

Milk production needed to be increased and that was done with more grain, preemptive vaccinations, and selective breeding.

Beef, hog, and chicken operations were steered in the same direction. In came the idea of taking the animals off pasture and confining them in closer quarters.  This made feeding and observation of the animals much easier.

Animal feedlots grew bigger and bigger. This was the economy of scale. A basic principle in industrial economics. The more widgets you can produce, the cheaper you can get materials and supplies for the production since you are buying in bulk.

This model also has the next phase that is used in the economy of scale and that is to grow, be bought out, or go out of business.  Farms started being auctioned off at alarming rates.

Farmers had to take on off-farm jobs to make payments. More inputs were needed to keep up with the economy of scale; bigger tractors, more land, more fuel, more grain bins, makes for bigger loans.

If all worked out, you might see a profit, depending on the commodities market, weather, banking capital versus land value and of course your health.  If all these stayed aligned, then the potential for profit existed.

The slogan of we are “Feeding The World” came to be a mantra.

I had a dream of how to make it in this world of new agriculture economics. Buy cheap land, use artificial insemination for livestock improvements, use confined feedlots, use the waste to put in methane digesters to produce methane gas for fuel, through the anaerobic breakdown of manure.  The manure would then be used as a fertilizer.

The farm/ranch would have diverse species so not all eggs would be in one basket, sorry for the pun.
I never did want to row crop, that was not in my plan, but a big garden was.

This plan, I have no doubt will work.

I use to dream about it all the time. In high school, I even wore bib overalls when no one else did. I wanted it bad. I was even going to farm with a friend down in Alabama since the Proctor Farm had long since been sold off.

I went to college as a biology major so I could learn more about animals.  I almost dropped out more than once when I heard the song “Sweet Home Alabama”.

I even transferred to MU into pre-veterinary so I could learn more and also be in the Ag department.
Then life hit. My grades had gone down and I ran out of money.  That left me with having to find work.

I did, on a Missouri river bottom farm, a section of land (640 acres), that row cropped corn and beans with winter wheat sowed out of growing season. That is when I first used roundup by the way.
I got a first-hand view of farming and was starving, literally, doing it.

That is when I got into telecommunications. I swore I would never make a carrier out of it.  I hooked up with a drinking buddy that was a contractor that installed telephones.  I rode with him for two months with no pay just to try and learn the trade.

I didn’t know if I could make it or not until one of the other contractors said, “he’ll never make a telephone man”.  You can’t tell me what I can and can’t do, so I studied every night after work reading technical manuals and spec books, to learn how to do work in the trade.

It worked, I started contracting in Jefferson City for United Telephone Company, later known as Sprint, then CenturyLink.

I still wanted to have land and raise my animals, but contracting paid well. Until I fell off a pole and was laid up for a few months.  I didn’t quit, I went back and started climbing poles again, and continued to work as a contractor until Molly and I got married.

I went company for United Telephone in Lebanon Missouri. That worked ok until Judge Green. He made the ruling in favor of MCI to compete with what had been a monopoly up till then, and deregulate the telephone industry.

Still didn’t have enough money to go into farming.  Everyone I knew that had a farm/ranch worked somewhere else to keep it and pay the bills. As they said, “there ain’t no money in farming”.

And there still ain’t if you do like everyone says you should. Everyone being the bankers, equipment dealers, farm supply stores, seed stores, packers, insurance companies, land-grant colleges, fertilizer dealers, herbicide and pesticide dealers, truckers, grain bin dealers and everyone else that makes their living off the backs of farmers.

I use to study even on vacations, about how to visualize and conceptualize how to make my farm/ranch work. I tried to improve on my ideas. I had times after Molly and I came to the East coast, that my work would dry up and I would think about going into farming, but how, without a lot of money.

Like my dad would say, “if you have the money to go into farming, why would you, you are rich already”.  He looked at it taking millions to start from scratch and have a go of it.

Now I have seen most of my life go by, I still have the dream.  I have reinvented myself about every 10 years to keep up with the changes in technology.

After over 40 years of doing what I said I would never make a career out of, I am reinventing myself again.
I am taking a dream and making it materialize. I will have my farm/ranch.  It will not be an industrial place but one that is Eco-agriculture friendly.

A sustainable, healthy food producing, enjoyable, open to anyone that wants to view my operation. I will have two sections of land to do this on. 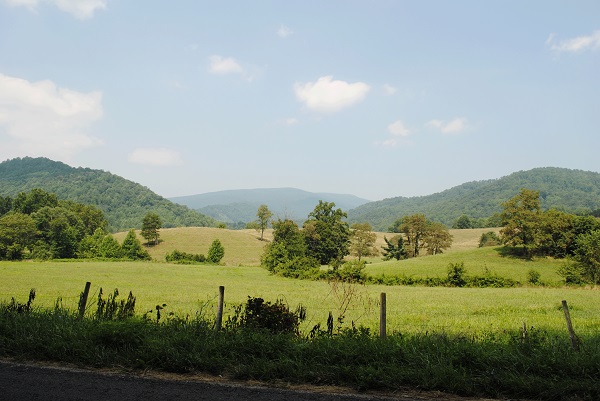 Again, one could say, why in the world would you do that? You should look at taking social security and retiring like everyone else you know!

I am not here to tiptoe through life to only then step or fall into the grave.  I have a purpose, a reason, a goal like few have ever thought of.

I also plan on making my company one of the top companies in the nation for helping people and businesses get unstuck and realize their goals.

I am doing all this as a consultant.

When I was contracting, I use to have a goal of what I made in a month I wanted to make in a week. Every time I reinvented myself, I met that goal.

This time I plan on making in a week what I use to make in a year!

A goal is taking a dream, you don’t know how you’re going to do it, but you know you can.  You believe in your dream; you tell your subconscious that your dream is real. You are now on a different level from everyone else.

This goal or dream will cause a new awareness in yourself and your life.

The Wright brothers flew when all others made fun of them and told them to quit.

Thomas Edison had to try thousands of times before he achieved his goal.

I have one of the best mentors in the industry for making goals a reality, plus with over 50 years’ experience and with results, Bob Proctor!

If anyone has a dream, a dream they truly want, a goal, I can show you how to achieve it.

Take a journey with me to see how to discover and obtain your goals.  I guarantee you will be glad you did.

I am building a quiz that will help guide people to their goals and have results. The link below will ask a question, then you will get an email from me.

If you have ever had a dream, something you really wanted but did not think you could do it, get it, or have it. I guarantee I can change that.

Go to this link: http://bit.ly/DDSgoal

PS This is not hype, sales or anything like that, I really just want to help you grow and get results. 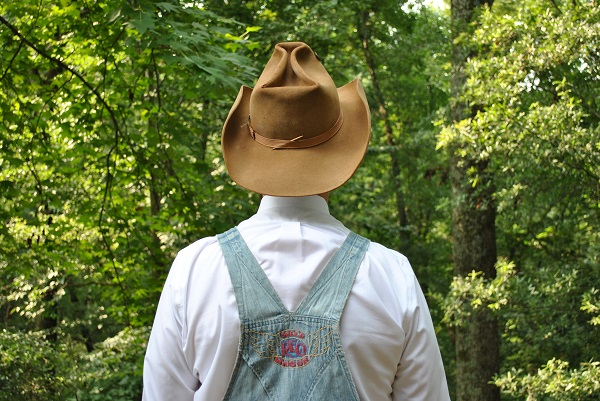 The bibs I wore in High School and the hat I was wearing when I met Molly!

“God’s gift to us is more talent

and ability than we’ll ever hope

to use in our lifetime.

Our gift to God is to develop

as much of that  talent and ability

as we can in this lifetime.”

What Is Your Goal?
•Are my current goals making me excited and energized?
•Do my goals belong to me or do they belong to somebody else?
•What do I really, really want?