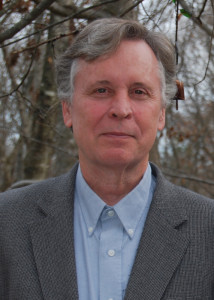 This is a rerun of an article that Laurie did in the past.  I thought it was very well done and a timely article!

Many of the large pumpkins used for carving at Halloween are not the best to use for cooking, as they have a high water content, but many other varieties that are used for decorating can be used for cooking.

One variety is the Cinderella pumpkin, so called because it resembles the pumpkin turned into a coach by Cinderella’s fairy godmother.

I knew from past experience that the Cinderella pumpkin is a good cooking pumpkin, but did not know anything about the yellow pumpkin. I decided to cook both pumpkins, and compare them. 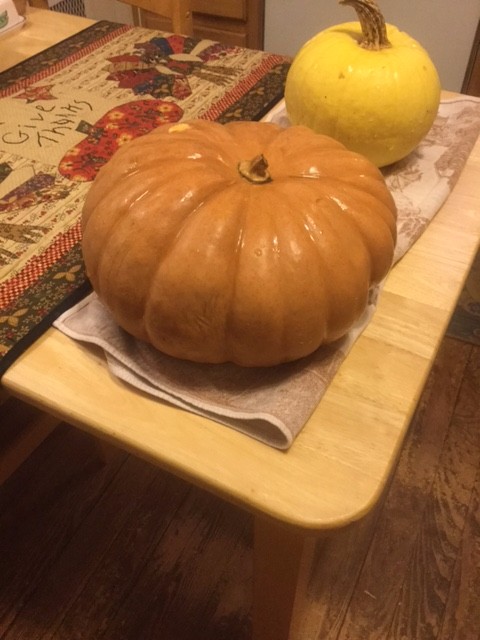 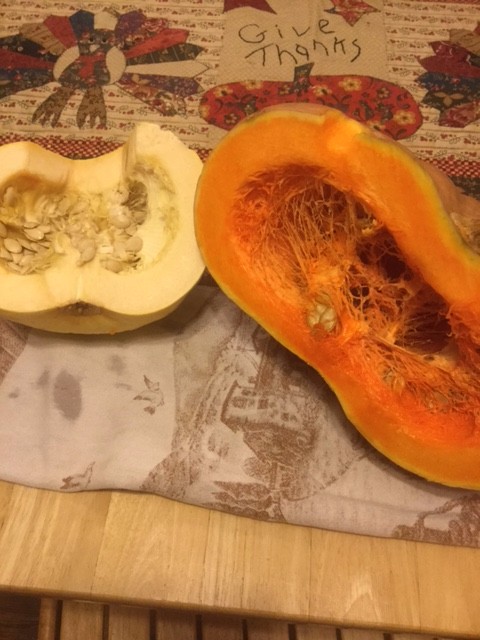 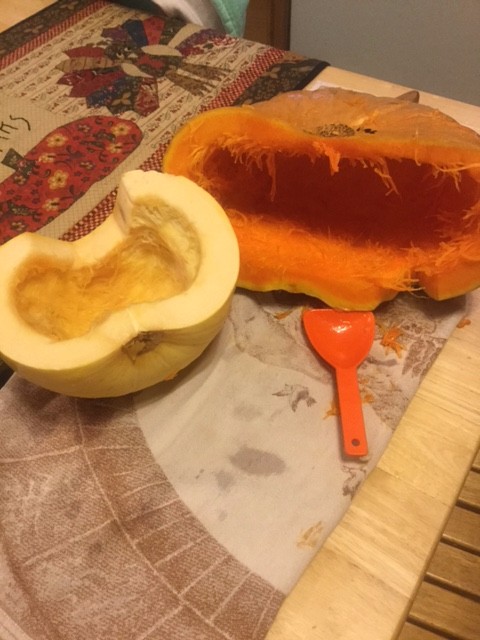 Now, place the pumpkins, halved sides down, on a cookie sheet lined with parchment paper. Bake in the 350 degree oven for an hour to an hour and a half, checking for “doneness” by piercing the outer edges with a knife. 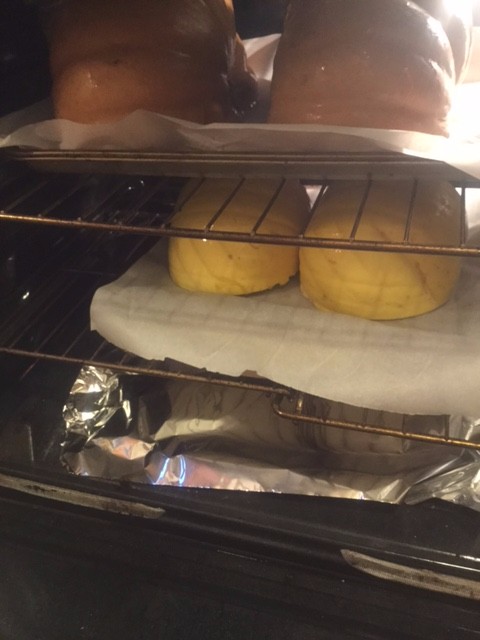 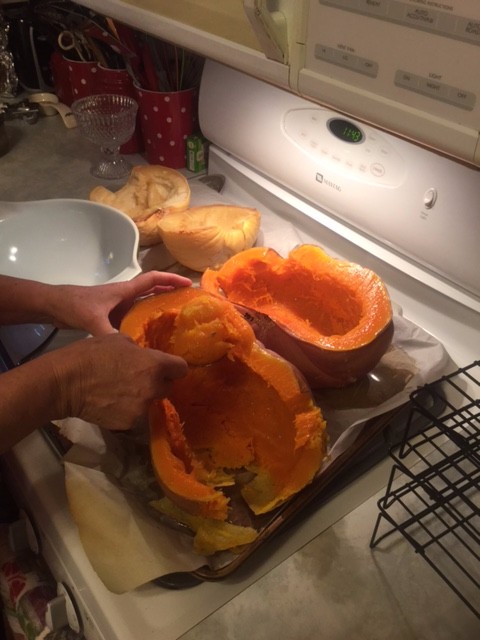 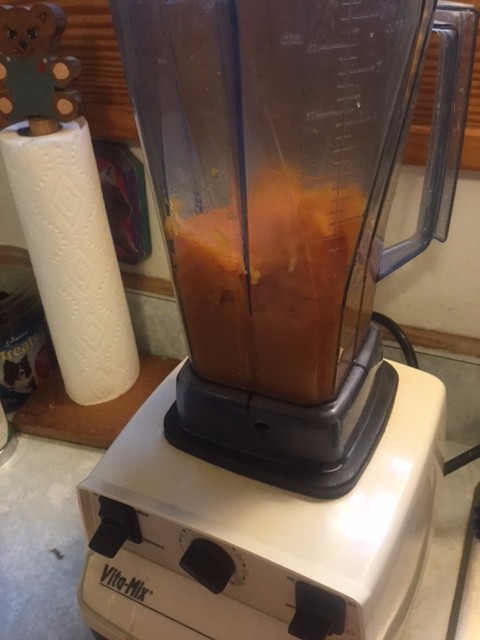 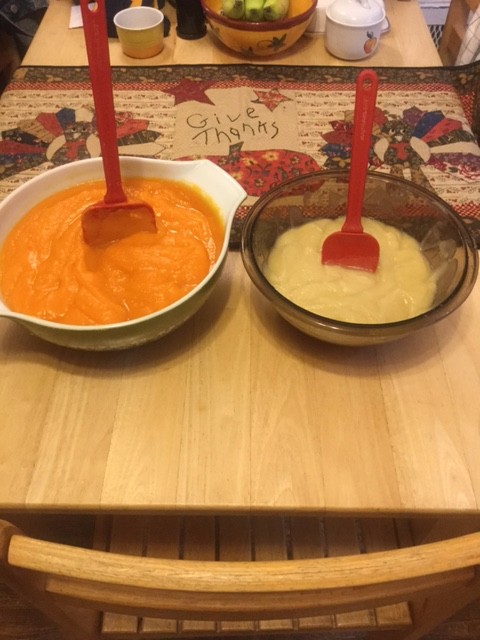 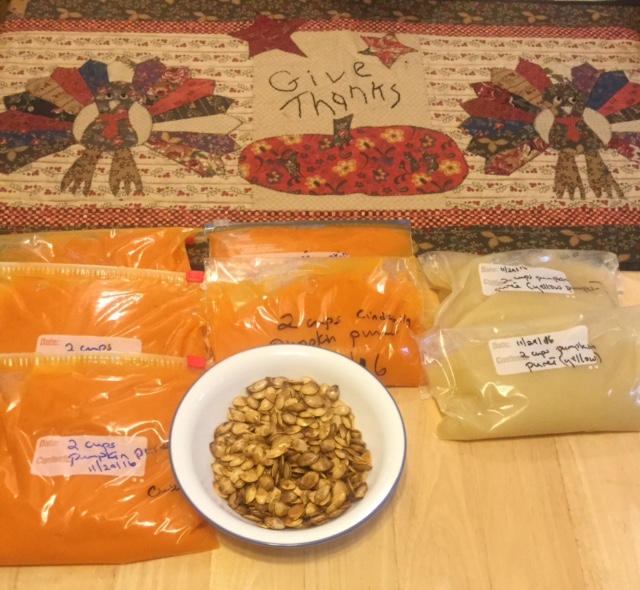 Now that I’ve got you intrigued with the benefits of seasonal produce, you’re probably wondering what to put on your grocery list for the rest of November. 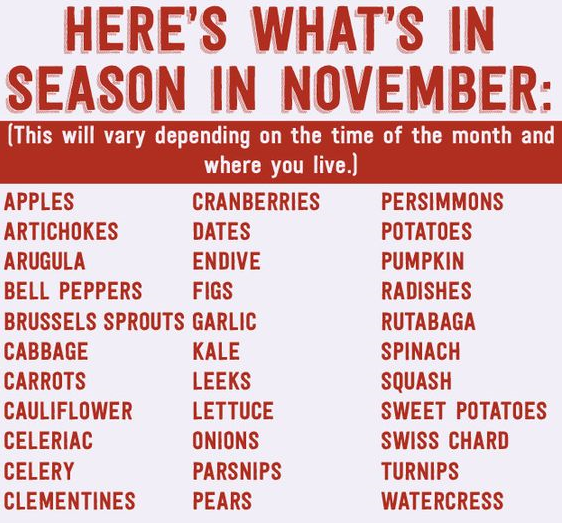