Silver Queen sweet corn use to be the standard for sweet corn and was available everywhere.  Now you don’t see it around as much, so when you have some, it’s a good time to think about saving what you can’t eat.

My summer garden produced so well this year. I had lots of tomatoes, squash, eggplant, chard, kale, and onions. However, I do not have the space to grow sweet corn, so I visited the local Farmer’s Market to grab a few ears for dinner.

What I did not expect, was finding a vendor who had Silver Queen corn for sale. Silver Queen corn was the corn of choice when I was young, and even the grocery stores carried it in abundance. I had not seen it offered for sale in many years, so, I bought a dozen and a half ears; some for dinner, the rest to freeze.

Freezing corn allows you to have the taste of fresh corn during the cold, winter months, and is very easy to do. First, shuck the corn, and rinse it, using a soft bristled brush to whisk away the corn silk. 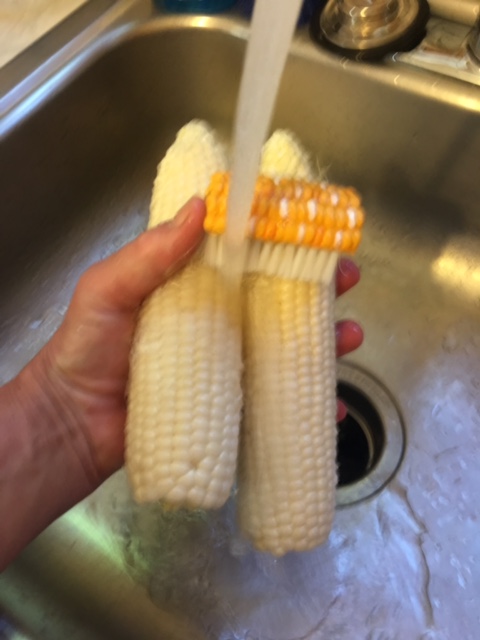 Bring a large pot of water to a boil, and add the corn. This is a process called blanching, which will slow the development of enzymes which hasten the ripening process of vegetables.  Allow the water to come to a second boil after the corn is added, and boil for four minutes.

Prepare a container of ice water while the corn is in the boiling water.  After four minutes, submerge the corn into the cold water. 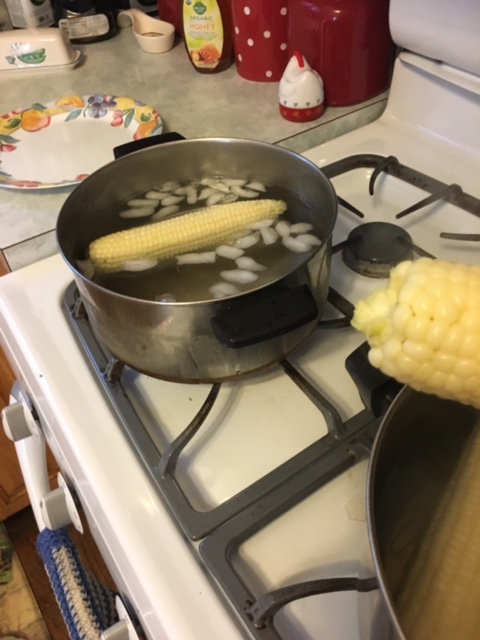 Allow the corn to drain. At this point, you can freeze the ears in a freezer bag, or, cut off the kernels. (My preferred method.) 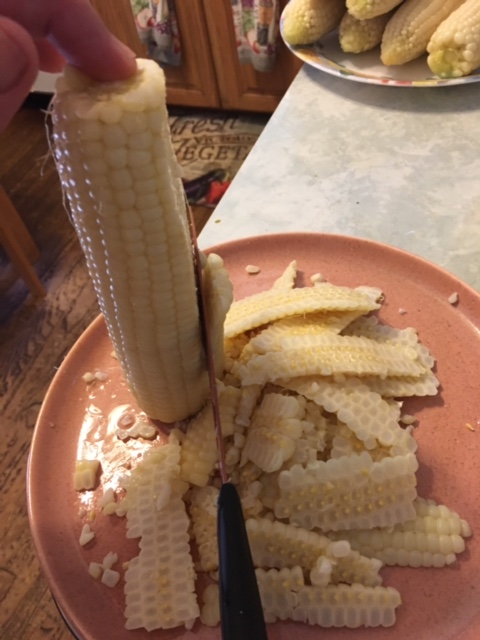 The eighteen ears of corn I bought, yielded twelve cups of kernels. 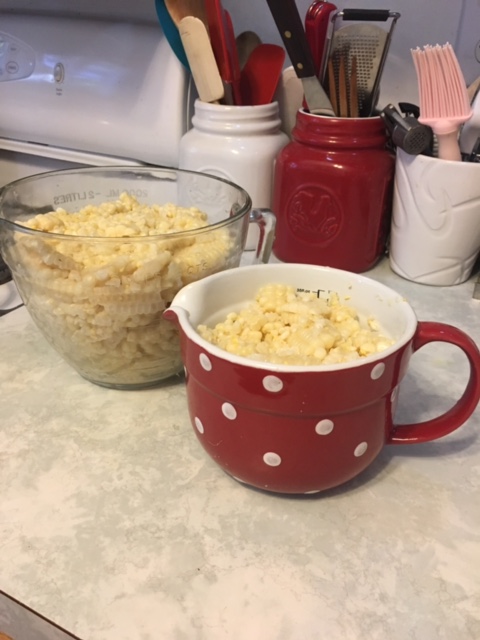 I measured two cups of cut corn for each quart freezer bag. Each bag will provide enough for a meal for four people, or for a corn pudding recipe. 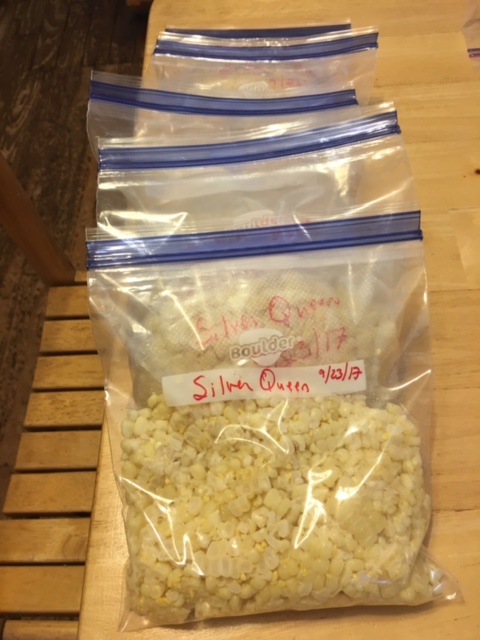 During the cold winter months, you will enjoy this taste of summer!

Delicious! This recipe was handed down in our family from my great grandmother and we have all made it and loved it!

By Jackie from Salisbury, Maryland