After just getting dug out from the blizzard that the East Coast had, it is always nice to warm up by sitting by the fireplace and having a good cup of soup. Today’s article has a timeless recipe for soup to warm the body and ease the mind.

Over the years, I have learned three main things that help with the grocery budget.

One, buy food that is on sale…unless it is desperately needed, and even then, think about it twice!

Two, generic brands are almost always just as good as the name brand.

And three, use up leftovers. This includes what is left over from the holiday turkey, ham, or even the rotisserie chicken you purchased for an easy weeknight meal.

I always wrap up the remains of the turkey, chicken, or ham in foil, and place it in the freezer for a meal later on in the winter. Usually, I reserve the turkey for soup during the first substantial snowfall.

I am always amazed at how much meat is left on the turkey (or chicken) carcass, and dismayed to think that many people just throw it out after the holidays. Additionally, the broth that you make is much healthier than store bought.

To begin, place the frozen turkey leftovers in a large pot, and cover with three to four quarts of water. 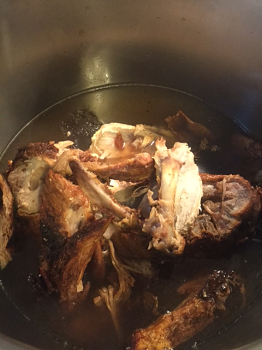 For a richer flavor, you can replace some of the water with low sodium vegetable broth. Bring to a boil, then cover, lower the heat and simmer on low for an hour.

Remove the pot from the heat, and allow cooling to room temperature.

When the bones are cool enough to handle, remove the remaining meat from the bones, cover, and refrigerate. 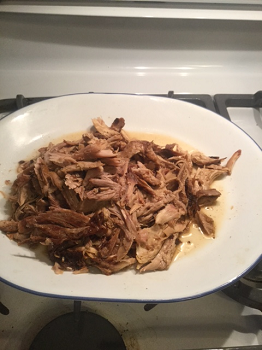 Strain the broth into another pot. 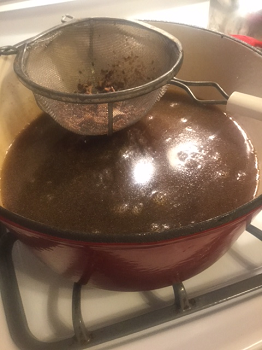 Bring the broth to a boil and add one chopped onion, two or three cups of sliced or chopped carrots, one cup chopped celery, a tablespoon minced garlic, one teaspoon basil, two teaspoons dried rosemary, 1/4 teaspoon paprika, 1/4 teaspoon poultry seasoning, 1/2 teaspoon ground pepper, and a dash of cayenne pepper to the broth.

If desired, add a can of diced tomatoes, or a cup of dried tomatoes. (There is no hard and fast rule to adding vegetables…basically; you can add what you have on hand.

A peeled, diced potato or frozen mixed vegetables could also be added. Lower the heat, cover, and allow the flavors to simmer together for at least 45 minutes, and then stir in the turkey. 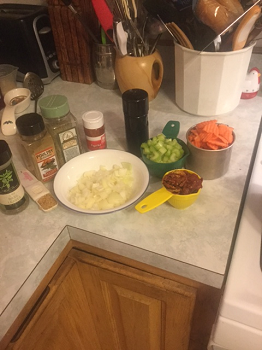 Season with salt and pepper to taste, and enjoy!

Thank you Laurie for another great recipe and tips on how to prepare soup for the snowy days of winter. 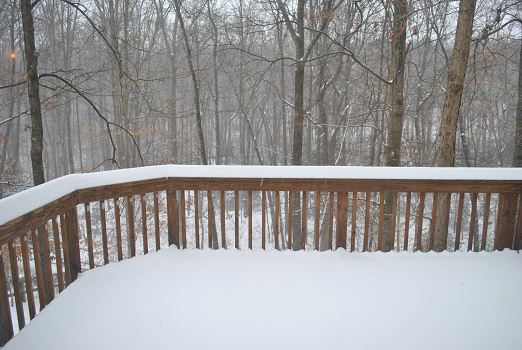 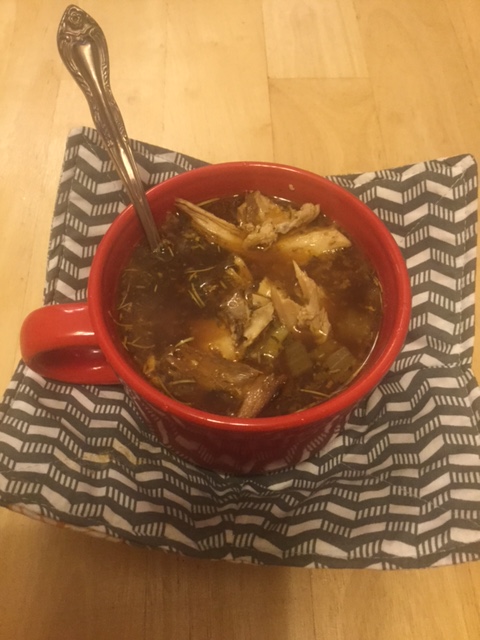 This also works well with the bones of rotisserie chickens. Either use two, or reduce the amount of water and ingredients by half.

If you like noodles, add during the last 30 minutes. Only use about a cup of dried noodles or pasta, or they will absorb most of your broth.

Experiment with different vegetables and spices.  The main thing is, do not throw those turkey or chicken remains in the trash!