The plan I came up with is to buy cheap land, have a diversified “Old McDonald” farm, all products of farm will be vertically integrated.  Methane, AI (Artificial Insemination), and hydroponics are the main tools of the operation.

After observing how farms are being operated and researching the problems that farmers face, I worked on my plan to become a “successful farmer“.

The first pain point that farmers face is cashflow. If farm and municipal  byproducts can be turned from a liability to an asset, cashflow can increase by providing the solution to these problems. When you have a large confined feedlot for cattle, hogs or chickens; tier one of the plan, one of the biggest problems is waste.  You can only spread so much waste on the fields till they end up being saturated. 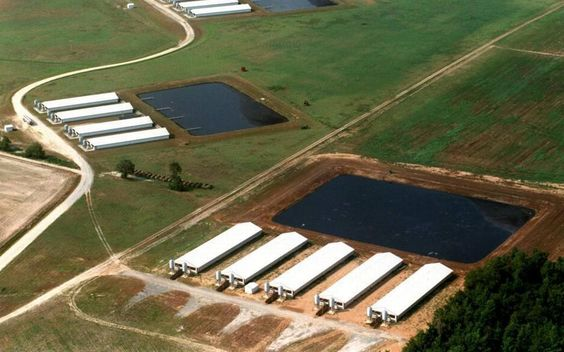 I envisioned the key to this problem being the anaerobic digester.  The excess manure from a farm operation could be put in a digester in one end and out the other end would be a rich fertilizer that could be used for many second-tier products.

As an example, let’s say we have a large hog operation.  If you have ever driven through Illinois with the windows down, you will be able to relate to one of the worst, smelliest operations, are hogs.  Besides the smell you also have the flies.  This is one reason that with urban sprawl, ordinances are being past so these types of operations can’t grow or even exist.

When I was back in Missouri a few years back, one of the referendums that was put on the ballot for voters was the right to farm.  As I drove around I would see red signs stuck in the ground showing a tractor and the words encouraging you to vote yes for the right to farm.  I had trouble understanding why this even needed to be a voting issue because we already have the right to farm.  As they say, if you really want to know the issue, follow the money, or in this case the Yen. 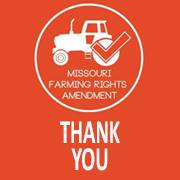 This was not about the right to farm, but about lawsuits that arose from people being sick and tired of the hog farm stench.  This issue was being backed by all the players involved in making money, but the top player was Smithfield Ham.  Most people don’t realize that Smithfield Ham was bought out by China.  And with Smithfield Ham it’s hog operations went also over to Chines ownership.  I guess that’s way they used red for their signs.

As it turned out the right to farm bill past and the last time I was in Missouri I saw signs stating how new hog operations were opening up close to cities.  Politics is a dirty game sometimes.  If they could control the smell and runoff into streams and rivers, they wouldn’t had needed to have laws passed so they couldn’t be sued.  The methane digester would have been a very good answer to this problem.

Another problem I see from being around cities is yard waste.  Whenever we have a roll off dumpster placed in our neighborhood, the first thing that fills it is tree limbs and grass clippings.  These end up going to the dump.  I can only hope they get recycled.  If these were collected for chipping and grinding, that would be perfect to go in a methane digester.  A ratio of carbon to manure has to be maintained for the digester to operate efficiently.

Not only are we taking care of farm waste and have a means of turning it from a liability, to an asset, the urban sprawl can be helped with their problems of yard waste.  For a small hauling fee of course.

Now we are talking about income from municipalities, large commercial agriculture operation, we are helping to solve stream and river pollution that has a detrimental effect on fresh and salt water aquatic wildlife.

The affluent that comes from the anaerobic digester has killed any fly larva, has little smell, can be used in composting, sold as an organic fertilizer or used on the farm to grow items that can be sold in the retail market. Such items could be sod for yards, flowers, potting soil, vermiculture and the list goes on.  The gas from the digester can be used to produce electricity for the farm, and the excess electricity sold to the power companies.  The gas can also be used to heat and cook with. All from waste products.

Now that we can control the waste on the farm, make and save money by doing so, we will want to look at the next step, diversifying our animals.  By having cattle, chickens, hogs, sheep, goats etc… you keep the likely hood of pathogens down for large single species operations. With diverse animal populations, the ability to provide to niche markets increase. Not all income is tied to one product.  This also helps spread risk of price change and consumer demand. Next, a look at AI.

Using AI (Artificial Insemination) allows us to increase heard size by using animals that are not the best bread or have seen their useful life used up.  A dairy cow that no longer is wanted by a dairy operation due to her not being able to produce to their standards, can make a cheap alternative to mother additional cattle on your operation.  Plus, you can upgrade you bread line with the traits that you are looking for without having to own the bull.  Not all breeds lend themselves to using AI, but it is an option.

The next item is hydroponics.  If we use hydroponics to grow feed for our herbivores, especially during the winter months, we can see a huge advantage over others that only have hay to feed.  Cattle, hogs, chickens, goats, sheep and all the other herbivores and some omnivores, that you may want on your “Old McDonald Farm” will benefit with added weight gain, controlled feeding with limiting waste.

When cattle are feed big round bales, they use a good percentage of the bail for bedding, thus wasting the hay.  Trays of oats and other greens can be grown consistently for feeding livestock a fresh green diet.  The hydroponic machine can be powered and fed nutrients from the methane digester.  This helps eliminate infrastructure in storing, baling and hauling hay.  Hay can be produced by just drying what you have grown in the machine.

Not only are we making money by being on cheap land, we are also making money by our ranching operation, that also makes money by helping eliminating urban and industrial agriculture byproducts.  We take their byproducts that they pay us to remove and use that to grow our operations, that will then produce products to sell back at retail.

I am not trying to throw this farmer under the bus, it is just my “changed” opinion on what that farm and many others represent.  If we can work with nature, instead of spending huge resources trying to fight a losing battle against nature, that is the route I want to go.  That is what a truly successful farmer is and should be.

Now I face a problem, my age.  When most people are looking at getting out of the farming operation, I’m trying to get it.  The brains and motivation of the operation (Molly) has died.  So, I look at how do I put these years of desire, dreams and research into reality.  Part of it has already happened, by writing it down.  If I can influence someone in this path then I have accomplished something.  When Molly died I was intent on making this dream and desire come about.

I sold or donated almost everything we had collected during our marriage.  I worked on the house and had a for sale sign in the yard, or at least for sale soon.  I had work done on the house and was ready to sell and find some land to move to.  The time was not right.  But it is close.

If someday you drive by a farm and see someone with a cowboy hat and bib overalls, that have a REO Speedwagon embroidered on the back, herding cattle, honk; I will wave back. 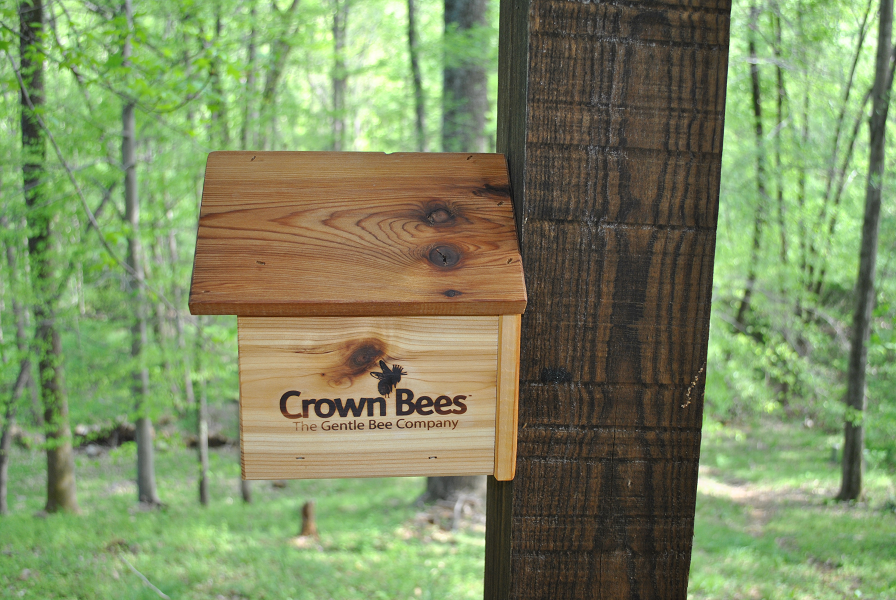 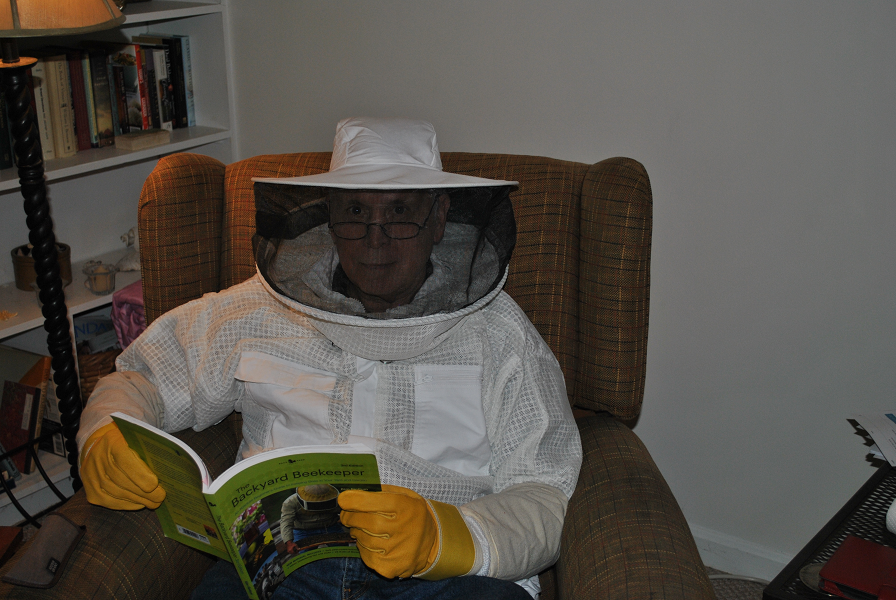 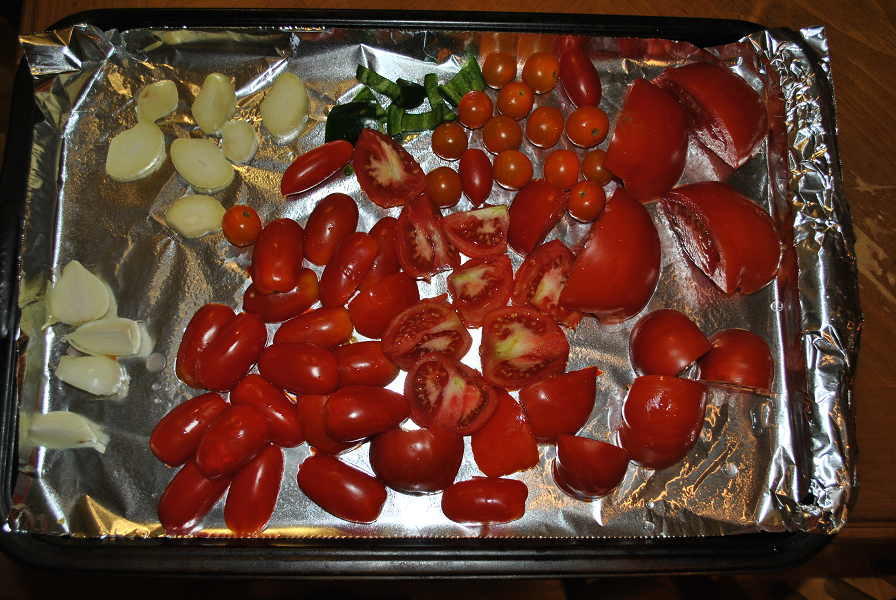 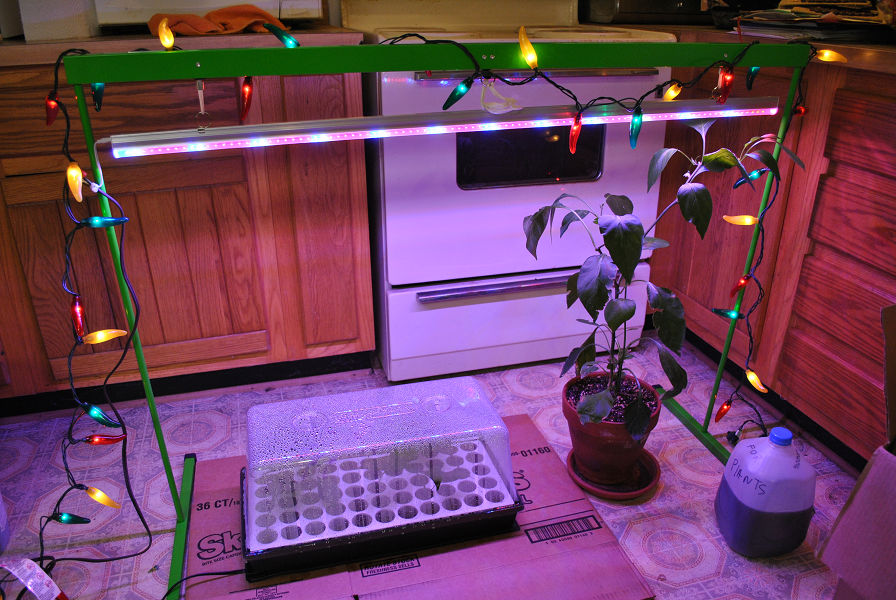 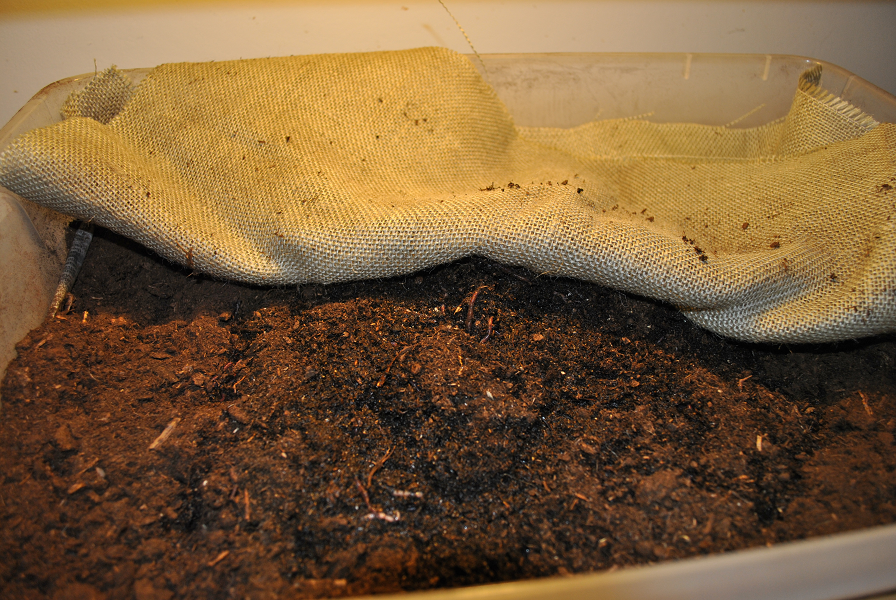 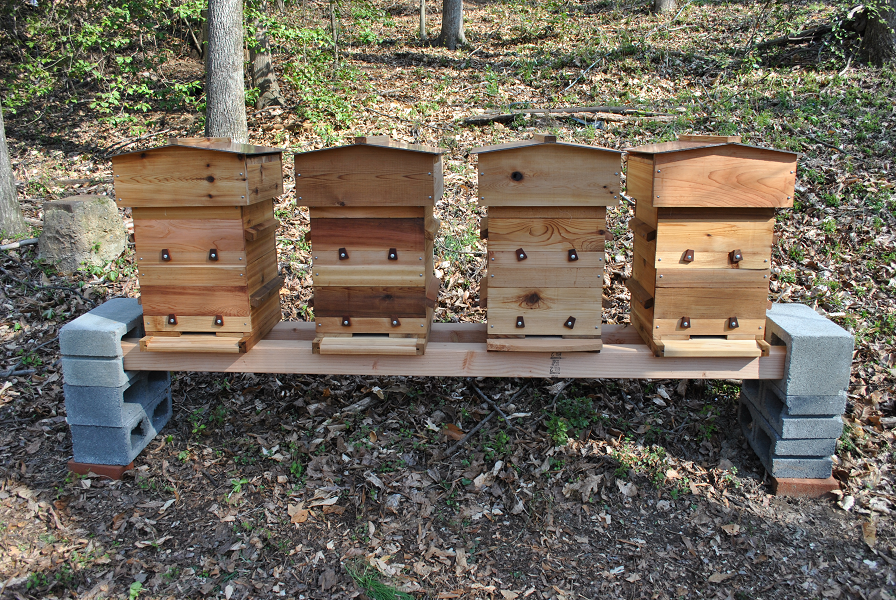 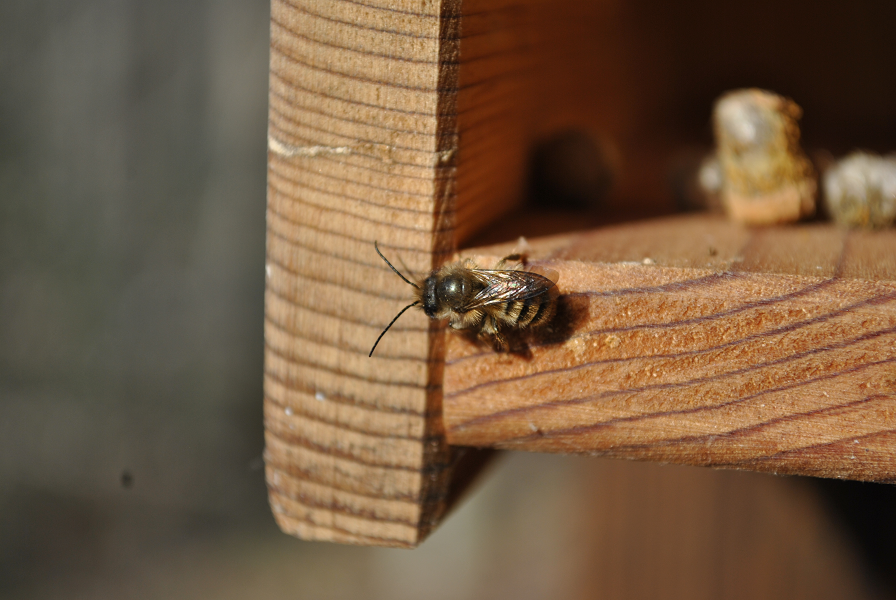 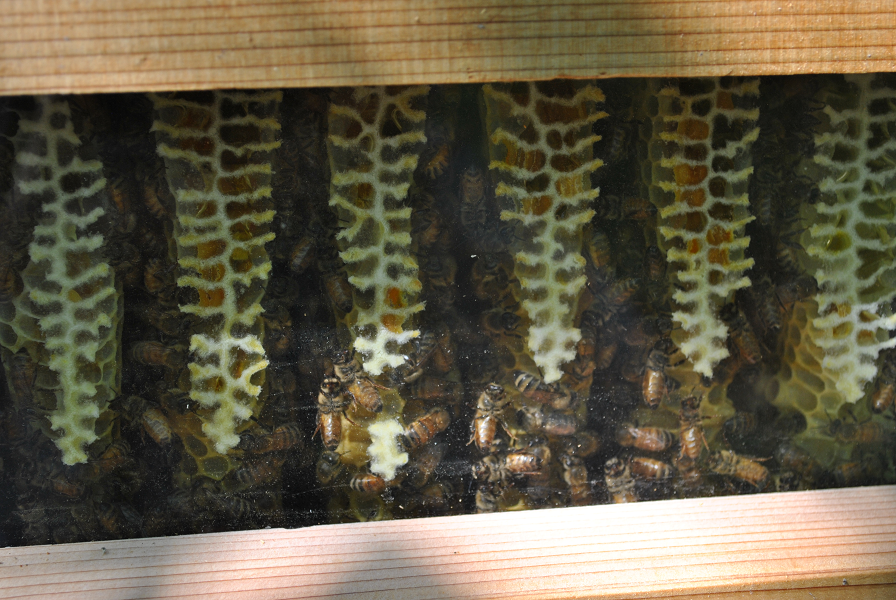 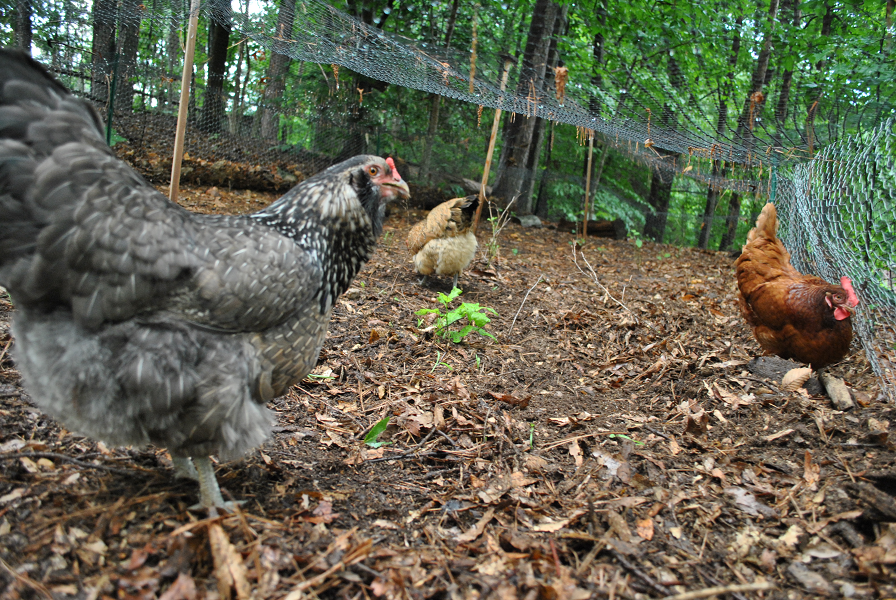 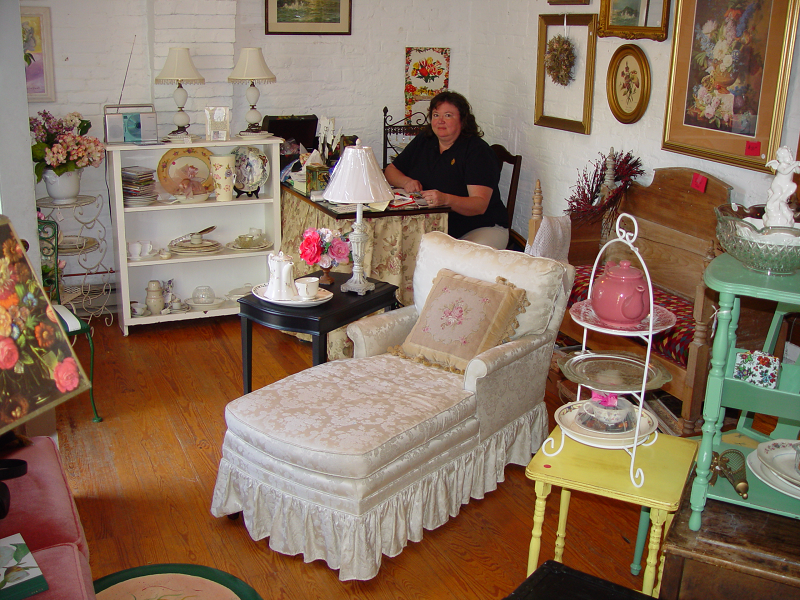 Molly At Her Shop The Cottage Room 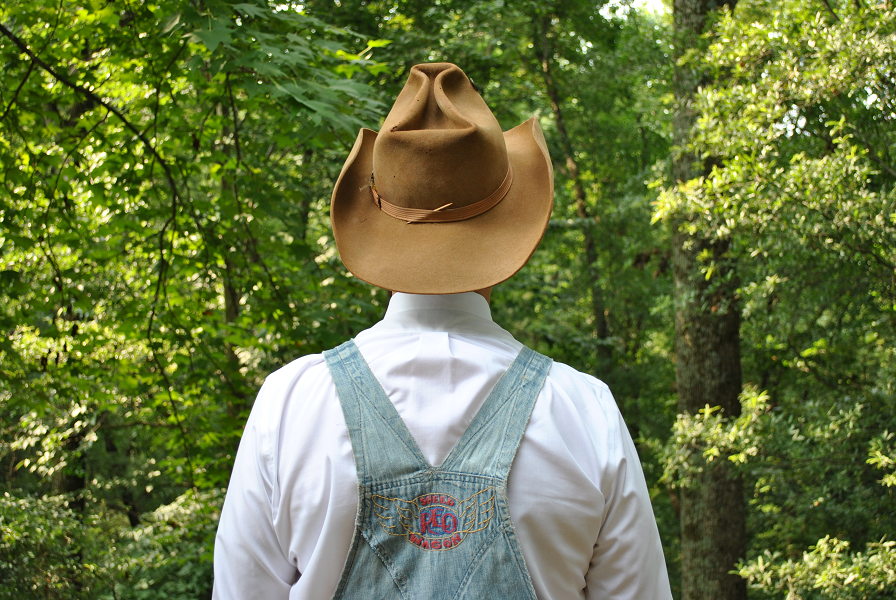 From Seed To Fork, Egg To Plate.
We may not live on a farm, but we can grow where we live.