You may have decided that you want to start raising chickens so you have your own healthy fresh eggs or maybe you gave chicks to your children for Easter.  Now where do you put your chickens and how do you keep them corralled?

Living in an urban environment can be challenging to keeping chickens or for that matter, most anything that you would consider from an agricultural standpoint.  Chickens can exist in a city environment and thrive quite well.

One of the keys to the chickens thriving is making sure that they are not a meal for the neighbor’s dog or other potential predator.

As much as we love chickens, so do many other animals that would love to make a meal out of them.  To help prevent this a chicken coop needs to be placed where the chickens can be safe and have a place to roost away from harm.

Since chickens have become popular to raise in the city or urban areas, chicken coops have become more available in many different styles, shapes and sizes.

I have had an interest in the mobile type of coops so the chickens can help with bugs in the yard and in turn the eggs will have that deep yellow yolk that taste so good from ranged chickens. 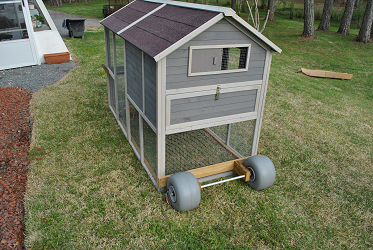 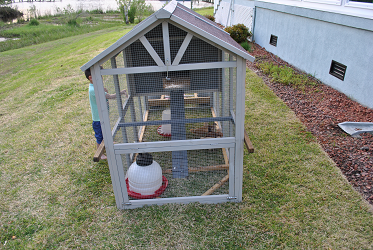 Handles were added and wheels to the back of the coop.  Along the base, reinforcement was added to help keep the chicken coop from damage when moved. 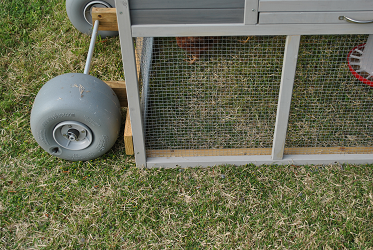 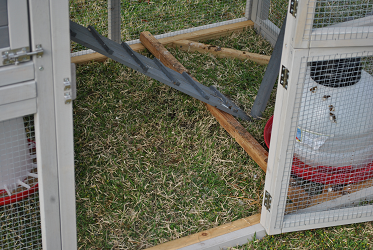 This is a good design and modification.  One to two people can move this coop and provide the chickens with new grass and bugs to eat.  We all know how quickly grass will disappear when a coop is stationary.

Another design that I have looked at is the chicken tractor used by Joel Salatin at Poly Face Farm.  His chicken tractor holds numerous chickens which is great for an area that has room, but in an urban setting, that is not always the case. 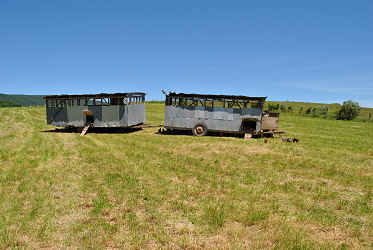 Joel also has a lower based coop that is used to raise broilers that has potential for my yard. 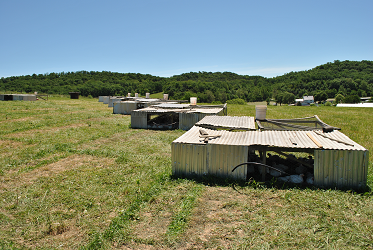 I have a pretty steep slope in my back yard that I am trying to figure out how to have a mobile chicken coop that can be stable and not tip over. 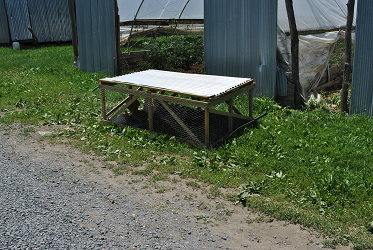 I have even thought about in my case using a stationary chicken coop but making the area where the chickens can range, mobile.  I would do this with electric poultry fencing.

An example of a beautiful stationary chicken coop is my neighbors. 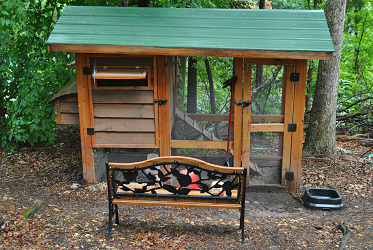 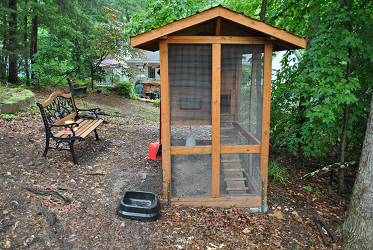 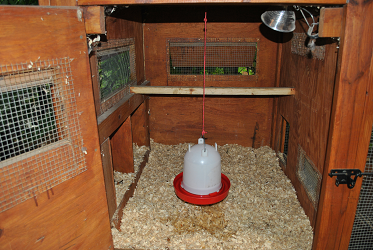 Poultry fencing can be easily moved and can also help deter predators from killing and eating the chickens.  This would require a bit of work to heard the chickens around to the established fenced area.  One idea might be to attach more than one fenced area together so they can be moved between areas.

How to Install an Electric Poultry Fence Video
PermaculturePA

Once you move your birds to their permanent residence, make sure they are protected from predators, especially at night.
Even a latched door may not be secure enough to keep raccoons out.